What Katie did next... 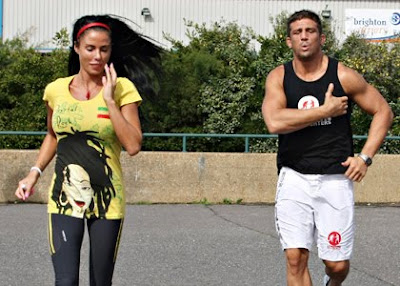 So the Saga continues and just as Katie Price was winning me around with her "normal" down to earth persona and team player attitude she goes and pulls another publicity stunt and her true colours shine through, and to think i was actually beginning to feel sorry for her!

"The pricey" as she so annoyingly refers to herself ( i mean only idiots refer to themselves in the third person) has gone and dumped another fool live on national TV in Australia, it appears to be a failed attempt at a reconciliation with her ex Husband Peter Andre. I can't say it's a surprise as nothing she does has any shock value anymore, she's over exposed and desperate but why on earth is she putting her kids through this circus?

Peter Andre is no saint, of course it's a two way street and the way she has been vilified and thrown to the lions is absurd, it takes two to tango. Yet her Ex husband is discreet about his love life or lack of (yeah right your fooling no one Pete) and until Jordan, Kate, Katie, the pricey whatever she's calling herself today learns the meaning of the word she's going to continue on this train wreck taking her poor innocent kids along for the ride.

As for Alex i doubt he'll be shedding any tears, he's used her just as much as she used him and I'm sure he'll be making a tidy profit off the back of their liaison for a few years to come, cynical me? Never.
Posted by The wife of bold at 08:02