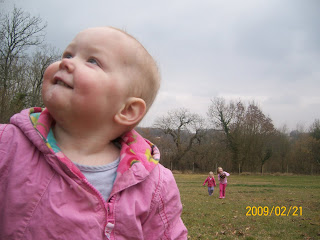 As promised i am about to regale you with the tale of our epic adventure across France, those who scare easily should avert their eyes now...it doesn't end well, hence the title.

So back in February it was half term and Mr Bold had a light bulb moment that we should up sticks and move to France for a better quality of life for both us and the kids. I being somewhat passive and in need of change ANY change in my humdrum life, decided to go along for the ride. I mean who doesn't love a bit of Merlot and brie, i have a penchant for garlic flavoured anything and what better gift for the kids than a second language.....yes you see i had really given this monumental step some serious thought.

We googled a few small towns and found some quaint pretty hamlets within close proximity to a few airports that the budget airlines frequented, and within the space of two weeks we had arranged to view no less than eight houses/barns. So with all the viewings arranged and a lovely little gite for us to spend the week in all that we needed to do was book the flights. Simple enough right? Wrong, so wrong. I, yes I take full responsibility, at the last minute suggested it may be a lot less hassle and much cheaper if we were to drive instead. It solved the problem of car rental and child car seats that was such a pain on our last holiday in Spain, and well it sounded like such a family adventure not to mention the ease of just popping the luggage in the boot and unloading right outside our gite door.

The nightmare began thirty minutes into our journey to Dover, i somehow overlooked the fact that Fi suffers form terrible travel sickness and just as we were batting down the M6 she spewed everywhere followed by Belle who we have since learnt is also afflicted with the travel sickness gene. Unfortunately Belle was too far back in our seven seater mum bus for me to reach and so she stayed sat covered in sick for over an hour until we reached Dover as we didn't have a minute to spare if we were to make the ferry in time. The smell was putrid and although belle was sick only once Fi carried on approximately 16 times in our 12 hour car ride and went through no less than TEN plastic bags!

We stupidly assumed that the worst was out the way, we invested in some travel sickness pills and a few packets of ginger nuts and began to settle into our beautiful but freezing Gite. The next morning when one of our tyres blew out
on route to our first viewing,we should have realised that La vie en Rose was just not meant to be for us, but still we soldiered on and after nearly two hours struggling to fit the spare tyre and investing in a Majorly expensive replacement we all had a rather jolly time. The french way of life looked to be just what we needed, a slower pace of life and taking time to stop and smell the roses seemed to be within our grasps. The kids had a wonderful relaxing time playing in the open fields and crunching all the leaves and on our penultimate day we found our "dream" home, well Mr Bold did, i preferred the larger, more expensive, already renovated to within an inch of it's life barn we had seen the day before but what did i know and with a gentle nudge in his way of thinking i was on board planning the barn renovations and A chicken coupe.

We had such a great time that on our last day it was decided we should drive to Paris via "Disneyland" and extend our stay for the night. This was where it all started to go down hill, the Disney hotel wanted just short of $600 Euros for one evening and that did not include entry to the park, so we drove around some more until we found a much more reasonably priced establishment which had it's own children's play area, ball pool and gift shop and was not to shabby for the Bolds. On awaking we were met by the drizzling sound of rain tapping on our windows, the first drop we had seen all week, and so we decided to just head for the Disney village and treat the girls to a toy instead of blowing $200 for two hours as we needed to leave sharpish to catch the ferry home.

Mia picked a lovely princess tea set and Sofia settled on a Minnie mouse backpack, the twins were happy with a stuffed teddy each. So with the kids sorted and none the wiser, (poor mites thought that they were actually in Disneyland )we had told them Micky and Minnie did not like the rain, we all had a lovely lunch and set off on our journey home. About eighty miles away from Calais we made our last toilet stop, only there were no toilets just open space and Fi decided she needed a number two......argh. Back on the road and only five minutes later the car, in the fast lane doing eighty miles an hour, decided to conk out!!!!

After veering over to the hard shoulder and escaping death by a whisker, we proceeded to try to alert the attention of passers by, in vain, for over an hour. Eventually Mr Bold Found one of those emergency phone thingy mybobs and another thirty minutes later the most ignorantly rude french man ever came to our rescue and towed us to the safety of a VERY remote town. I know what your thinking why didn't you have breakdown cover? Why didn't you have your mobile phone???

Firstly Mr Bolds mobile died about thirty minutes prior to the breakdown and mine was never ever charged, it was lying dead at the bottom of my handbag where it had resided all week. Secondly we have UK cover but had somehow made a HUGE oversight and forgotten European break down cover....believe me you only ever make that mistake once, we have certainly lived and learned...c'est la vie.

You would think that was where our bad luck would end, oh no that was just a prelude. The company that towed us to safety could not fix the car so we had no choice but to stump up some cash to pay said nasty french man for his troubles and leave all our possessions bar essentials to head on foot with four kids for the bus station! Humbling to say the least. We did not have a double buggy as we had hired one from the Gite to save car space, so we waited over an hour, with four very tired and hungry children for the peasant wagon to transport us to a town that actually had a train station. Once we arrived we waited another fifty minutes standing in line for our tickets. After much deliberation we decided the best thing to do was head for Dover rather than take the euro star. After two train changes and a taxi ride we finally arrived in Calais just in time to board the last ferry accepting foot passengers. The poor kids were absolute angels and we tried our best to convince them it was all a big adventure, us adults on the other hand were hoping to catch a break for Christ sake. Finally on board the ferry the kids got some much need food and with the help of some very lovely and kind staff we desperately tried to arrange some sort of transport home form Dover. As we live in Merseyside we had quite a long journey ahead and finally managed to arrange for one of the staffs neighbours , whom was a taxi driver working nearby, to take us to Oxford services for £250. We waited for the taxi for over forty minutes and once at oxford services My father in law was waiting to drive us the remaining three hours home!! We arrived in our house at 5:30 am after what was one of the most stressful days of my life........NEVER EVER again will i suggest driving anywhere abroad, easy jet all the way.

To add insult to serious injury, we now faced the torrid task of getting our poor broken car home so after twenty four hours rest Mr Bold and his dad embarked on a repeat journey to Dover to catch another ferry and bring our car full of dirty laundry home. All did not go smoothly, Mr Bold had borrowed a towing dolly from a friend, which snapped after he'd spent two whole hours trying to attach it. He then had to think outside the box and use some rope to tow the car instead but with only forty miles left to Calais the french police flagged them down and ordered them off the motorway and down a country lane. This resulted in my father-in-law panicking and going straight into the back of my now completely wrote off mummy bus! SO Mr Bold arrived home Twenty five hours after he had left, empty handed and with the task of getting our car back onto British soil still ahead. We finally admitted defeat and hired a firm to collect our car which arrived two days later costing £700 and in need off a complete overhaul which was an absolute fortune!!! NEVER AGAIN!!!!!!
Posted by The wife of bold at 15:30