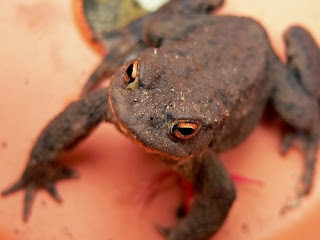 Did you think I'd fallen off the edge of blogshere? Probably not as i don't think anybody would have actually noticed...weep, well i on the other hand have felt like my right arm has been sworn off, it's scary how addicted i have become to blogging in such a short amount of time - how did i ever live without it!

Nothing much has changed in the bold house I'm sorry to say, yes i still awake to poo smeared in Eva's cot most mornings in spite of the masking tape i have resorted to using in the hope she may not be able to rip it off and the house is still a tip, however all that is about to change now i have joined Flylady.

You all will have probably heard of the wondrous and annoyingly organised Flylady, she sends you daily emails and tips on how to tackle your cluttered home and become a proper housewife with a gleaming home starting with a shiny sink! I have tried this once before pre twins but failed miserably...so hears hoping second times the charm.

Organisation skills are something i am seriously lacking and today was no exception, even with flyladys help i managed to be late for the school run AGAIN only this morning to add to my many stresses it was Mia's end of year assembly and i was already five minutes behind my extreamly tight schedule when i spotted a toad in my car next to the seat belt i was about to fasten. Yes a big slimy fat green toad - i froze with fear and even the thought of missing Mia singing twinkle twinkle in Spanish was not enough for me to overcome my irrational behaviour and flick the toad out. Eventually and after a rather pathetically frantic call to Mr Bold, who just sighed and told me to deal with it, a knight in shining armour appeared from nowhere to save the day. My prince charming was fifty something, stumpy, balding with yellow teeth (at least they were his own) and was walking a German Shepard not riding a powerful white horse....... but this damsel in distress was grateful anyways and beggars can't be choosers. Who said chivalry was dead eh?
Posted by The wife of bold at 06:11